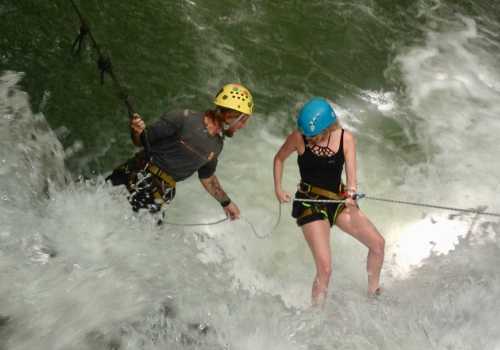 Travis worked with costacanyoning 10 years ago with the claim to fame as being Costa Canyoning's second guide, and first to do high water rainy season . Modest and humble, he never truely let all his knowledge with ropes, rescues, and climbing known. He grew up with ropes in his hands, climbing and rappelling in his blood. His father was part of the local fire company's high angle rescue crew, instead of tv they did knots. He's also an Eagle Scout, and has traveled the U.S. working National and Council camps teaching climbing, C.O.P.E, skiing, diving, and sailing. When it was time for a "real" job he found a calling with cell towers, where his background got him national recognition for rescuing a climber on a tower. After settling down a bit Travis and his family decided to move back to Costa Rica. His wife, Courtney, has a successful 200 YTT Yoga School in Uvita, gypseayogaschool, which Travis helped to facilitate, but his passion laid a short distance away in the Canyon. When he took over Costa Canyoning he thought he would be in the canyon more but he found out quick that the boys are the real charm of the tour, and knew he would have to be the behind the scenes guy. Now and then you might get a chance to see him in the canyon, either working the tour or checking out the routes. 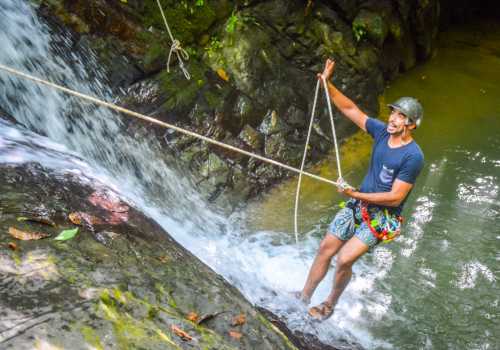 One of our proud local Dominical Boys.  Carlos grew up playing around in the jungle and in the waves at the beach. He's has been a big part of the local tourism industry as a life guard, rafting guide, surf instructor, bar tender and now general manenger and heat Guide at Costa Canyoning. His passion for nature and adventure is what he loves to share with our guests.  Carlos  has travel to diferent places like Patagonia where he got certify as a Canyoning Guide 123 with ICOPRO (International Canyoning Organization for professionals). Then he move to Boulder Colorado where he train climbing and vertical rescue for over a year... now hes back in costacanyoning running the business and making sure you get your cup full!!! 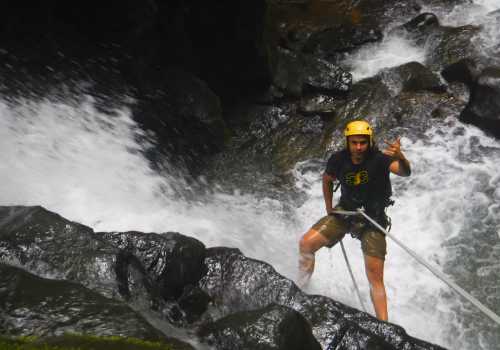 Another one of our proud local Dominical Boys.  Juanete grew up playing around in the jungle and in the waves at the beach, which makes sense because him and Carlos are brothers. He also has a deep passion for nature and he loves to share it with our guests.  When he's not in the canyon or giving surf lesson he DJs at Maracatu.